One user tried to run an attachment in a newly received email  . After this his mailbox became inaccessible. When he tried to access it using OWA the familiar message appeared : Something went wrong. 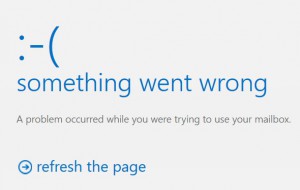 My first thought was that the database was dismounted, but other mailboxes on the same database still worked. What’s next?

To enable the mailbox :